Google Plus has been available for a month or so now. The social networking website has grown to have over 10 million users. A majority are engineers and others involved in technology, however the male-majority social network is expected to diversify in the near future. You will be surprised to find that Google Plus isn’t even available for public release yet. Yep, Google Plus is still under limited field-testing. There are still some issues that Google Plus must straighten out because it is still so new. Let’s take a look at the strengths and weaknesses of this rapidly emerging social networking site. 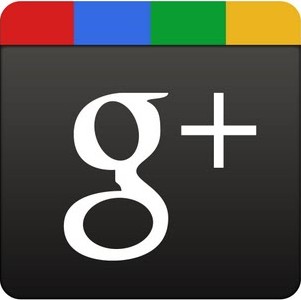 The layout is amazing. Google Plus didn’t look to be revolutionary on this front (but it also didn’t look to copy anyone else either). The website took what was already good with social networking and fixing the faults of it as well. That’s the reason why Facebook was the first thought that came to mind when we laid our eyes on the layout. You have the main activity in the center; the sides mainly focus on the number of friends, notifications at the top and different timeline viewpoints on the left.

Circles are a really good idea that Google Plus created. It mixes the privacy of Facebook with the publicity of Twitter. With circles, you can put individuals in certain groups. You can have groups of friends, family, colleagues, and others. When you share something on Google Plus, you can select who sees the content and who doesn’t. This, in a way, covers the privacy part of it. On the other hand, if you have friends with different interests, then you can have certain friends to view content about one subject and vice versa. It’s genius.

Locations didn’t seem to tag where you were pretty well. Some users I have asked told me that their locations were tagged streets and even cities away from where they were. Also, on the iOS mobile application, I wasn’t always asked to check for my location. This meant that locations weren’t always refreshed and even instances where my location from days ago was still shown when I was 50-100 miles away from it. This is a problem that can easily be fixed with a native application.

This is the most sought after feature on Google Plus. Google Hangouts lets you video chat with a multitude of individuals on the website. It pops up in each user’s timeline that so and so user is “hanging out” with a certain amount of people. You can then click the green button to join them. The group creator can also invite others to the hangout. You can also add text chat as well. If you want to add some entertainment, Google Hangouts also have a YouTube component. The outlook is simple but nice!

Are you on Google+? What are your favorite features?