As expected, Google has updated PageRank for April 2010. This is the first PageRank update of 2010 after the last update in December 2009. PageRank of eZaroorat has been updated to 5 from the earlier PageRank of 4. eZaroorat sincerely thanks all bloggers and webmasters who helped us achieve this by linking to us. eZaroorat is committed to providing unique, linkable content to its readers. If you like our content, do consider including us in your blogroll or linking to us in any other manner you feel comfortable. 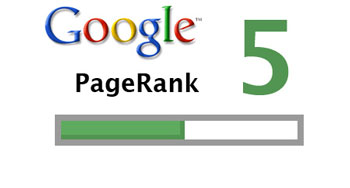 In Google’s language, PageRank is Google’s view of the importance of a webpage. Though PageRank algorithm is a closely guarded secret, it is a well known fact that content and backlinks are two important factors of PageRank. They say, PageRank of a webpage still influences its SERP ranking. How important do you think is the PageRank? How much effort do you put in to build your PageRank? Do share your opinions and feedback with us.

We use cookies to ensure that we give you the best experience on our website. If you continue to use this site we will assume that you are happy with it.Ok