Accessing internet wirelessly feel like awesome. As through wireless routers we have wide internet access range. But the main problem starts when their signal strength gets low. Sometimes it’s a problem of the bad quality router; so, if you want to be tension free then you should choose good quality routers of trustworthy brands. Don’t be afraid of their cost you can use Sky Vouchers to get heavy discount in pricing. Sky is one of the largest companies which deal in TV services. Now they are also providing home phones and broad band services. And they have also provided some vouchers for people to save money when they buy sky’s products. So, let’s move on to some tips to improve your Wi-Fi speed and range.

This is the easiest and most important change that you can do for improving the range and speed. It is preferred that there should not be any obstacle in between the router and the internet accessing device. Lesser is the number of obstacles much better will be the signal strength.

So, what you can do is just moving your router physically to another location which has less number of obstacles. You can try a centralized location in your home.

2. Keep away from other devices

If is advisable that you should keep wireless routers away from devices which can create trouble in a wireless signal such as a cordless phone or microwave etc. You should aim that router’s signal should have maximize coverage in the home

3. Use wire for multiple connection

If you are using multiple numbers of devices then it is advisable to use wired connection as we all know that a wired connection is much faster and reliable and it is also pretty simple to connect devices through wires. But for a wireless network there should be less number of devices to get high speed.

Old drivers could be the reason for poor signal strength and low access range. It is advisable to update firmware of your PC’s network adapter to fix bugs & improve the performance and reliability. Updating could result in addition of some more features or more functionality, as it is always good to remain up to date with the technology. 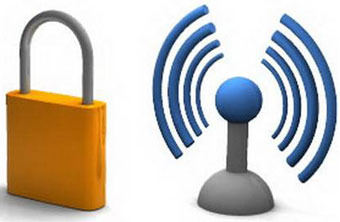 It is advisable to use equipment of the same company to avoid compatibility issues because most of the times it has been seen that device are not compatible with each other due to different manufactures. So, compatibility could be a serious problem, especially in case of bidirectional transmissions

An adapter is a card which we insert in the laptop or the pc for accessing the internet. Now days most of the wireless adapters are coming in form of wireless USB adapter. An old adapter should be replaced with the latest adapter. Mostly routers are equipped with an omnidirectional antenna. This antenna broadcasts the signal in omni-directional way within a certain circular radius. This works great if a wireless router is placed in the center of hall. So, If possible then change your router’s antenna.