Multivariable testing, also known as multivariate testing, is often used by businesses to determine which combination of elements is able to result in the highest conversation rate. Like A/B testing, multivariate testing is used to make informed choice with regards to what does and does not work well on your website in terms of enabling you to achieve your goal – e.g. increasing conversation rates, improving aesthetics, greater integration of social media, and more. However, while A/B testing looks at the effects of the addition or changing of one element compared to the control site, multivariate testing focuses on testing different combinations of elements to see what works best.

If you are looking to perform multivariate testing on your site, there are a number of factors that you need to consider in order to maximize on the effectiveness of the process. Some of the areas you should look at include:

Work out what elements may need to be changed

In order to get the process started you need to assess your existing website and look at the various elements that may need to be looked at or tested. Make sure you also look at your current conversation rates and rankings so that you have something to compare the results to as you go through the testing process. 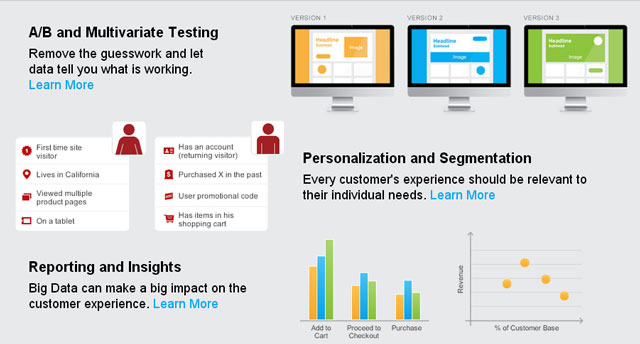 Once you have done this, you are ready to start your tests. So, to continue the process you need to:

Carry out the testing

Once you have grouped the elements you want to test into combinations based on priority and which combinations are most likely to result in the highest conversion rates, you can start your testing. You can get help with this process from specialists such as Maxymiser.

You will need to analyze the results of your different variations or combinations so that you can see which of them is going to prove most effective. This is where the earlier information you gathered relating to your current conversion rates and website ranking will come in useful as you can use this to make comparisons.

Once you have carried out your testing and worked out which combination of elements is the most effective in yielding the highest conversion rate, you can make the necessary permanent changes to your site. Do bear in mind, however, that you should avoid the temptation to make changes based only on aesthetic improvements, even though many people do want to achieve an improved look for their site by carrying out this type of testing. Your core concern should be with improving conversion rates and success for your website and business.